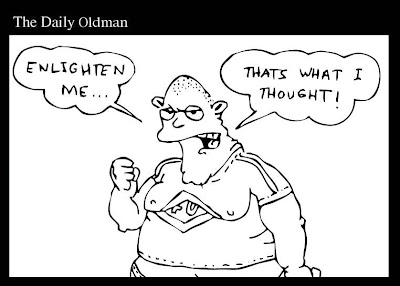 Peck postulates that there are four stages of human spiritual development:

Stage 1. is chaotic, disordered, and reckless. Very young children are in Stage 1. They tend to defy and disobey, and are unwilling to accept a will greater than their own. Many criminals are people who have never grown out of Stage 1.

Stage 2. is the stage at which a person has blind faith. Once children learn to obey their parents, they reach Stage 2. Many so-called religious people are essentially Stage 2 people, in the sense that they have blind faith in God, and do not question His existence. With blind faith comes humility and a willingness to obey and serve. The majority of good law-abiding citizens never move out of Stage 2.

Stage 3. is the stage of scientific skepticism and inquisitivity. A Stage 3 person does not accept things on faith but only accepts them if convinced logically. Many people working in scientific and technological research are in Stage 3.

Stage 4. is the stage where an individual starts enjoying the mystery and beauty of nature. While retaining skepticism, he starts perceiving grand patterns in nature. His religiousness and spirituality differ significantly from that of a Stage II person, in the sense that he does not accept things through blind faith but does so because of genuine belief. Stage 4 people are labeled as Mystics.


In a later post we will look at his ideas of the disciplines used in the process of human spiritual development. Where do you stand? Enlighten me.
Posted by Mark Cook at 9:17 AM